They plodded the aisle where the toiletry items were displayed. The smell of antiseptic calmed him down a bit from the argument they just had. The pushcart barely had anything in it; it was still light to swerve around. Then, there was an announcement from the PA system, the store is closing down in a few. The woman rushed to the liquor section and picked up a Jack and four packs of cigarettes. Two of each — gold and menthol. “Something to cool us down.” She said to him. There was still animosity in her eyes but it was beginning to fade somehow. He picked up a single toothbrush and threw it in the cart. “Okay, for as long as you’d share that toothbrush with me, then I’m good.” The PA system ran another round of announcements for the last call.

He learned about Arthur when he was just a little boy during the days when he spent most of his time out in the sun, playing with the other kids his age. Excalibur and the weapons they had were makeshift swords made of wooden shafts, bamboo sticks, and illustration board cutouts. He has never read any of the books that were written about the valiant king and his knights — He still hasn’t. He picked up most of what he knew from watching a lot of cartoons thanks to the neighbor who had colored TV. With friends, he watched from the outside of the house.  He didn’t mind the cramps from the prolonged squatting nor the mosquitoes that saw him and his friends as buffet. For them, they had body armor, their skins were made of bronze and steel.

A car was moving towards their direction as he and a friend stood at the corner street. It ran slow as if waiting to be announced. The engine sounded like a quiet stream, it had heavy tint on all sides. As it was about to pass them by, one of its windows opened — a woman’s face emerged, surveying the numbers of the nearby houses. ‘There’s an empty house just farther ahead if that’s what you are looking for…” The friend yelled cheekily. As if a shy plant, its leaves folded, the woman’s face retracted from their view.  The tint of the window was even darker in that silvery gloom. The night was closing in and he wished nothing more than to see that face again. 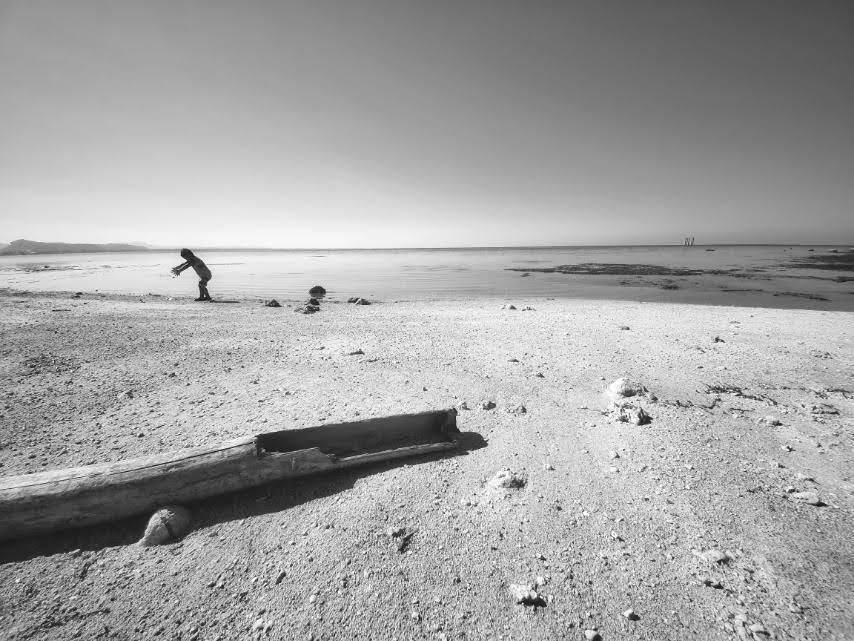