I told everybody that I was leaving. My closest friends had asked me where, of course, but I felt it didn’t matter if I shared exactly where. I wasn’t even sure myself. All I knew was that it had to be done sooner than later. No use if I tried to go against the inevitable. The dried leaves in the public pool that night seemed like old people trying to swim. Their wrinkles were cloaked by the soak, I thought the contrast was beautiful. I took a dip under the crescent moon — the tidal wave in the sky. I felt weightless and buoyant, and I could stay like that for the rest of my days, I told her from afar. Then I caught her doing a backstroke. Her plumped breasts made it so easy to stay. When she remerges, she waved at me like a child.

There was an enormous moon that shined that night. Its glow was on the unsteady surface of the public pool which sprayed chlorine water in the gush of the wind.  Under one of the beach umbrellas, she spotted a satellite that orbited across the sky, until it disappeared completely behind a thick grey cloud. The chlorine had an after-taste when it landed on her lips. It made quite an impression.

The bathrobe had too much detergent on it that it stung the nostrils. They used too much — as always.  One of the maids said that it had to be like that to make sure that they were clean. “I’d say, kill them all, sir, and dump the bodies in Manila Bay to fatten the fishes.”  Then she left me the bucket of ice she fetched from the bar.

Even after watching a Clint Eastwood movie I couldn’t get myself to bed. I had an early flight and I was restless. It was around midnight by the time I got out of the hotel. When I was about to cross the street there was a man waving at me as if I was a relative that he was meeting at the airport.

Still, I didn’t respond and went about my way. But he reeked of persistence. And as the sleepless often are, my mind was as playful and as curious. We did that night by the pool when she skinny-dipped.

There was a burning rash on the skin, but I couldn’t stop scratching. 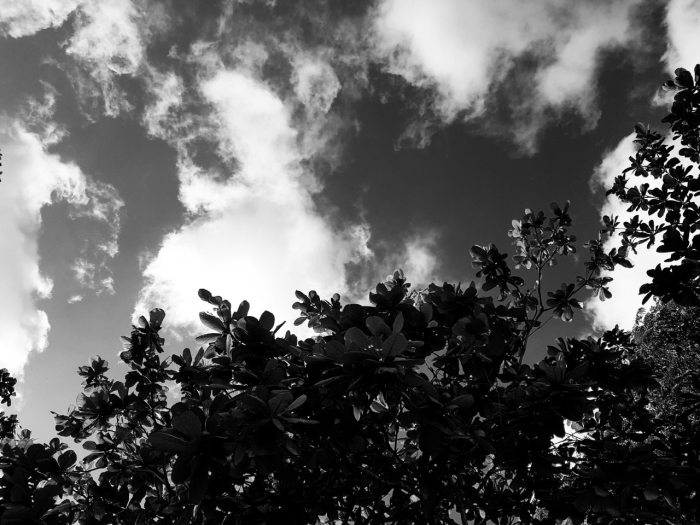